“TRUTH”
XBlaze – Code: Embryo (エクスブレイズ コード：エンブリオ, EkusuBureizu Kōdo: Enburio) is a visual novel video game developed and published by Arc System Works. Even though it serves as a prequel taking place in the year 2050, 150 years before the events of the BlazBlue series, it actually takes place in a parallel world outside of the main BlazBlue timeline. The game was released on the PlayStation 3 and PlayStation Vita on July 25, 2013 in Japan and on June 24, 2014 in North America. A sequel by the name of XBlaze – Lost: Memories was announced on August 5 for release sometime next year in Japan on the PlayStation 3 and PlayStation VIta.

The protagonist, Tōya Kagari, is a resident of New Yokozaki City and a sophomore at the prestigious Hakuō North Academy. An earnest and responsible young man, Tōya appears to be no more than young average high school student.

While returning from his part-time job, he heard a mysterious sound coming from the depths of the restricted ward, an area off-limits to unauthorized personnel due to a horrible disaster that happened there ten years ago…

His curiosity having gotten the best of him, Tōya ventured ever deeper into the ruins of the ward, eventually coming across a man who appeared to be gravely injured. Concerned, Tōya rushed to his side, asking if he was okay and if he needed any help, but as Tōya approached, the man suddenly stood up and attacked, screaming: “You’re an enemy!”.

And in the midst of invisible ringing bells, psychotic strangers, exploding walls of flame, and almost certain death, a small, cute girl with an enormous sword came charging in…

And despite her frilly, fragile appearance, her battle prowess was beyond reason or doubt. The name of Tōya’s savior was Es, a soldier belonging to the Mitsurugi Agency.

Yanked from the comfort of his everyday life, Tōya was forced head-long into a world where the threat of death was everywhere and even allies could be his downfall…

The wheel of fate has begun to turn…

And the story of the Blue, and that of Tōya Kagari and the mysterious girl Es, began.

XBlaze is a visual novel with extremely minimal gameplay, that requires little interaction from the player as most of the game’s duration is spent on reading the text that appears, representing either dialog between the characters or the inner thoughts of the protagonist. Instead of choices, the typical way to select a direction in which to take the game, XBlaze features an innovative path selection system, where player has to read certain TOi articles to achieve different endings. 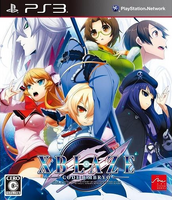 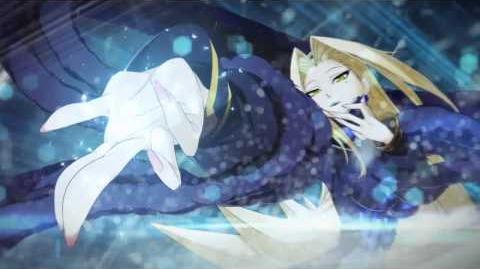 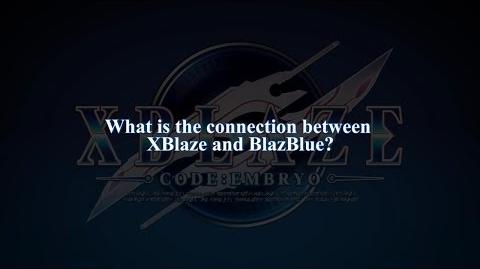 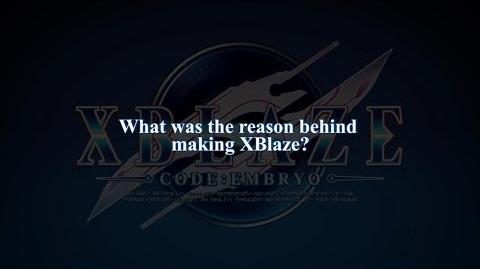 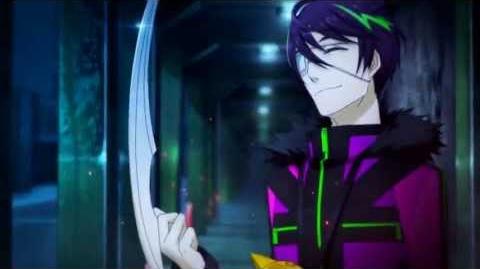