The Ice Sword: Yukianesa (氷剣・ユキアネサ, Hyōken: Yukianesa, localized as Mucro Algesco: Yukianesa) is an Arch-Enemy Event Weapon in the shape of a Japanese sword. This weapon is wielded by Jin Kisaragi and previously by Seven.

The Ice Sword was created during the Great Dark War by Nine, and it uses a part of Takemikazuchi’s core. The weapon was firstly given to Seven, who specialized in water magic, and was an excellent swordsman. He used Yukianesa in the final battle against the Black Beast. After the end of the war, when Nine began releasing cores from the Event Weapons, Seven killed Eight with this sword, hid her body, and claimed it was her who had stolen Yukianesa, leaving it to himself.

The sword in an unknown way appeared in the church, with Saya giving it to Jin. It’s in Jin’s possession since then, it means for over 10 years.[1]

Yukianesa’s blade is made of a special ice that never melts. It has an ability to absorb the magic element and crystallize the water in the air to use as weapons, or freeze its targets directly. The ice created by this Event Weapon is so powerful that it is capable of eroding life itself.[2]

This sword has a will of its own, and Jin has been manipulated by it to drive him into murderous rages which also prevents him from drawing and/or wielding the blade of his own accord. Since he learned to control the Power of Order, Yukianesa has no power over him. 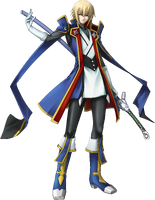 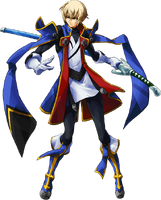 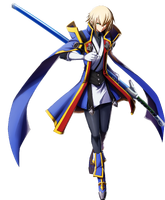 [Character Select] Jin with Yukianesa in his BlazBlue: Chronophantasma artwork

[Character Select] Jin with Yukianesa in his BlazBlue: Centralfiction artwork 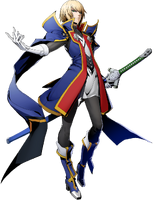 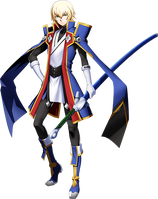 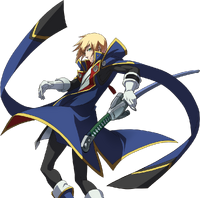