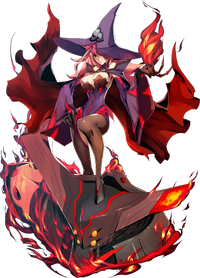 Hi no Kagutsuchi (ヒノカグツチ) is an enormous fire elemental that can be summoned by Nine the Phantom. The type and origin of the weapon is unknown.

She calls only its parts for some of her attacks. It does not entirely appear on the stage, and when it withdraws, it turns into flames before disappearing.

Hi no Kagutsuchi serves as an extension of Nine’s powers, aiding her by summoning its limbs to attack her opponents. It is also capable of unleashing an enormous, concentrated stream of fire from its mouth, and transform into a flaming cage that binds Nine’s opponents. 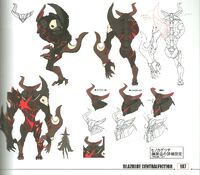