The Guardian appears to be a muscular man with half of his body shown in the ant-lion pit. He has long hair, dark eyes, and three dark markings at each side of his face, as well as his torso. He wore an Egyptian style outfit.

The Guardian appears to be warm-hearted, dramatic, and friendly. He also values self-sacrifice, as he congratulates the Detective Team of Pretty Girls: Remix Heart, who were willing to sacrifice their lives to save their friends.

Not much is known about the Guardian, other than the fact that he was the protector of some ancient ruins, located in the desert. After Remix Heart team manages to overcome the traps of these ruins, the Guardian appears and congratulates them, as they did not abandon each other, stating that since many years ago, he had seen travelers abandon their companions, friends, or lovers in order to save their own lives. He then presents them with the task of choosing between the Conversion Grimoire or the Blue Grimoire. Mai Natsume chose the Conversion Grimoire, which reveals that the Blue Grimoire is actually a fake.

Later, the Guardian encountered Relius Clover and Detonator: Ignis. Relius ordered Ignis to attack and take the grimoire inside of the Guardian. Cypher Albar noticed that the Guardian’s existence was starting to fade, but his fate is ultimately unknown. Cypher called him a sand god. 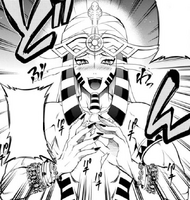 First meeting with the Guardian 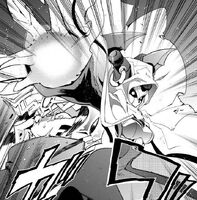 Guardian’s presence faded in the database