The Embryo is a human girl with blue eyes and the power of Event Interferences. Because of that, she was sought by Takamagahara to use it as the core part of the T-system built by them. Hinata Himezuru is one of few Embryos, also known as Code: Embryo (コード：エンブリオ, Kōdo: Enburio).

The main purpose of the Embryo is to open up the Gate to the Boundary and draw out its power. The magic element drawn out from the Gate is then used to power up the T-system. Its other powers include the power of Event Interference, meaning it can recreate time as it pleases, with the only person capable of remembering past timelines being the wielder of Demolishing Blade Manifestation: Kusanagi, which has the ability of “shared existence”.

In order to properly temper the Embryo, the Original Grymoire is needed. This was lent to Takamagahara by the Magick Association. The initial “birth” of the Embryo was at the Wadatsumi Laboratory.

While the Embryo was being tempered, the Grymoire went out of control and absorbed the souls of everyone around the laboratory. However, this was stopped halfway by Ryōko Kagari, a scientist who feared for the lives of everyone left. This event was later known as the Wadatsumi Incident. The Embryo turned the Original Grymoire in a copy of Ryōko’s son, Tōya Kagari, and turned herself into a girl that was later named Hinata Himezuru.

After Sechs dumped both Hinata and Es in the Boundary, Es inherited the Embryo from Hinata, and since the Embryo does not belong in the real world, she erased all memories of herself and stayed in the Boundary, sealing all of the Gates with the World of Tsukuyomi. But then Freaks killed all of her friends, and she discovered that the Embryo does not have enough power to save them, so she fell into despair and turned herself into “Nobody” and the World of Tsukuyomi into the Phantom Field. With “Me’s” help, “Nobody” gained enough power to send herself as Es back to her world as an ordinary human girl, while her own body, the Embryo, was left in the Field as an empty shell.

When Clavis Alucard traveled around the world to stop the user of the Drive Soul Eater, he found an Embryo at the end of their final battle. The Embryo would eventually take form and shape to become Raquel Alucard.

Hades: Izanami’s true goal was to create a new Embryo and create the Book of the Blue Blaze with it. She manages to do so as she heralds the Doomsday, and sacrifices the Arch-Enemy Event Weapon, Highlander: Takemikazuchi, to help form the new Embryo as it floats above the sky of the 5th Hierarchical City of Ibukido. Ragna the Bloodedge and Lambda-11 are somewhere deep within it; Rachel Alucard and Noel Vermillion are also within the Embryo, searching for the former and helping the latter recognize her existence.[4]

In BlazBlue: Centralfiction, everyone was dragged into the Sealed Space: Embryo. This space consists of multiple worlds, which the Master Unit now merges into one, absorbing and overwriting the world outside of the Embryo.[5] 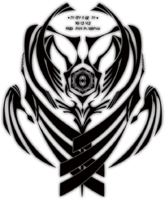 Raquel Alucard, a vampire born from the Embryo
Add a photo to this gallery

Retrieved from "https://blazblue.fandom.com/wiki/Embryo?oldid=119551"
Community content is available under CC-BY-SA unless otherwise noted.