The Dream Blades: Musashi (夢刀・六三四, Mujin: Musashi, Dream Blades: Six Three Fourths, localized as Mucro Somnio: Musashi) is an Arch-Enemy Event Weapon with the shape of a pair of kodachis, one stored in each end of the sheath. This weapon is wielded by Jūbei.

Nine used a part of Takemikazuchi’s core to create Musashi specifically for the beastman, Jūbei.

Musashi’s blade can cut straight through things that cannot normally be cut.[1] After the Great Dark War, its core was released, but Jūbei continues to use it. 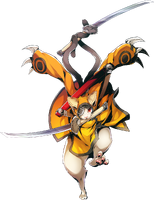 [Character Select] Jūbei with Musashi in his BlazBlue: Centralfiction artwork 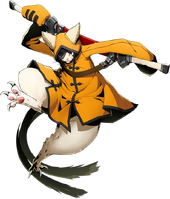 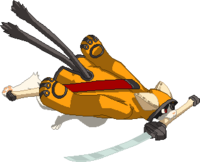 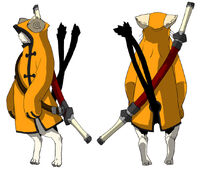