1.37
BlazBlue: Revolution Reburning (蒼翼默示錄：幻影降臨) is a beat 'em up-like video game created by 91Act Inc. It was released in Taiwan on July 7th, 2015, Singapore and Malaysia on April 1, 2016, and on June 8, 2016 in North America, Europe, and Australia. However, the game has ended service in both Taiwan/HK since early March 2018, and Japan on November 23, 2018. The global version's (US/UK/AU) service is still currently running.

BlazBlue: Revolution Reburning is a side-scrolling fighting game that features two game modes. The Story Mode is focused on completing challenges and battling opponents that attack the player from both sides of the screen. After reaching a target, a determinated boss will appear, and by defeating them, the player will complete the challenge. The Competitive Mode allows the player to compete against other players. It is also possible to fight against other people via WiFi battle.

Revolution Reburning features unique touch-and-swipe control system that allows the player to easily execute long and complex combos. Unlike the main games, the combo mechanics of this game allow the player to execute unlimitedly long combos, and when the skills are performed properly, there is no cool down period for them.

By completing challenges, the player will get experience points, gold, seither, diamonds, and materials, as well as weapons, clothes, and accessories that improve characters’ stats, but these items do not change the character’s appearance.

The player starts the game only with Ragna available, all other playable characters can either be unlocked with special Character Cards that are obtained through playing the Story Mode, certain days of daily logins, in the game's shop, or by purchasing the characters themselves without the use of Character Card, but instead with Diamonds and specific VIP level (which includes a level 50 weapon if acquired this way). Although, certain characters, like Kagura or Mu-12, can only be bought with Diamonds and a VIP level of 7 or higher. Other currently non-playable characters can assist the player in a battle.

Consume energy to battle through strongholds arranged according to the game story. The strongholds have various goals, including eliminating all enemies, guarding an ally, killing the boss, or surviving. There are three Story Mode sections: Normal, Elite, and Hero. Story Mode is the most important PVE of the game, as clearing strongholds will grant the player coins, seithr, power up materials, equipment, and other necessities for development. Later Elite strongholds will even drop high rating equipment directly.

A single player map (tower) consists of many floors, each floor crowded with random monsters. As the tower goes up, the monster level will gradually increase, so will the clear rewards. Players can send 3 heroes to challenge the tower every day, each floor has waves of lesser enemies and a Boss, rewards will be given with every 5 floors cleared. As the tower goes up, so will the rewards. From the 50th floor onward, players may begin to be rewarded with orange equipment and if higher, red equipment. Infinity Tower is an important way to get Coins, Seithr, high rating equipment, hero draft orders, and hero promotion items every day. The maximum floor level is now 150. As of Version 1.19, you can now raid for free (10 floors below current floor) and with diamonds (up to a characters current floor cleared) to handle unnecessary play grind in Infinity Tower, it also includes the introduction of Infinite Boss to earn rewards.

In Resource Loot, you can search for rewards while battling opponents for Coin, Seither, and Diamonds of various values, your opponents will be of comparable level, but have very little heath. After each search of loot, you can pick from one of 3 cards which will either contain Coin, Seither, Diamonds, and Gems. You can also raid and send your 3 lowest leveled characters to easily loot items without having to play it, but the card choosing for items will be randomly selected. As of Version 1.19, Resource Loot is dramatically changed and you can no longer Raid, but you and 2 other friends can earn more higher rewards, although now fights are auto played, but you can decide when to use Burst and to use Astral Heat.

Limited time daily event, opening at fixed hours from 12:00-14:00 and 19:00-21:00 server time. Players can match another random online player or invite a friend to play with. Players can consume 2 Online Co-op Tickets given each day to start a game, or join other player’s games for free. Online Co-op games may drop level 1~2 factors randomly, thus it is the best way to get factors without spending diamonds.

Beat an opponent to switch your rank with him/her. You can challenge 5 times for free per day. Combat is automatic and the rule is best of three. Ranking Duel will settle the result every day at 22:00 and issue rewards to players, which include Rank Coins and Diamonds. Rank Coins can be used to exchange Orange Equipment or Hero Draft Orders at the Rank Store. The Diamond rewards from daily ranking is one of the two main ways to get daily diamonds.

Similar to Ranking duel, each match consist of 3 on 3 fights, Summit Duels end at 21:30 and rewards are distributed at 21:40, at Satudays of Summit Duel’s end, final rewards will be distributed based on weekly score. Summit duels can only be played every other week, the week after Summit Duels are "Truce" periods and will not be playable after the following Saturday again.

Although you need at least 5 heroes to unlock the Real-time Battle, It is in fact the core content of PVP gameplay. And also the best part that every player should play, every day! After selecting “Match Battle”, the system will match players of similar strength (according to their “Real-time Battle Score”) to battle each other, the rule is best of five. Each victory will add points to your score and award diamonds. In addition, you can get medals from relevant daily missions which can be used to exchange equipment in the Medal Store.

At Wednesday and Sundays on 12:30 server time, you can fight Take-Mikazuchi, you only get one challenge chance. Fighting the boss requires a team effort as he is very durable and requires many players damaging him. You can select up to 4 characters to take him on, but for extra rewards, you must select the Mission Heroes that requires you to deal as much damage as possible, as well as defeating him within player’s ranking. Each character has up to 90 seconds to damage him enough, though around the last 30 seconds, he will fire an unblockable full screen move (though which can be avoided with certain moves with invulnerable frames). Each time a certain amount of damage the boss takes, it will earn a fury buff, maximum is around 100+. The Boss will "attack" up to 8 times total on that day, and if not killed within 8 times, God Slayer Battle ends at 22:00 server time. Your character’s levels must be 30 or higher to play this mode.

After joining an Alliance, player may participate in Alliance Wars started by the Leader. Each Alliance War lasts for two days, one day for preparation (deploy defenses) and one day for war. Victory of Alliance War will raise Alliance Level, players who joined the fight will also get varying amounts of Diamonds and Boost Tickets according to their level. The diamond reward from Alliance War is the other main way to get daily diamonds.

Added in version 1.19, Ikaruga Civil War is a mode where you fight best 2 out of 3 with an opponent online to earn rewards (cumulatively). 5 challenge chances can be used daily, though you can pay diamonds to use extra chances. You can use characters you have to those that are "Weekly Free" which are characters you don’t have unlocked, but can use them each week, then they are randomly shuffled weekly. Up to a maximum of 32 wins to gain the full set of rewards and each Monday, the wins and rewards are reset. 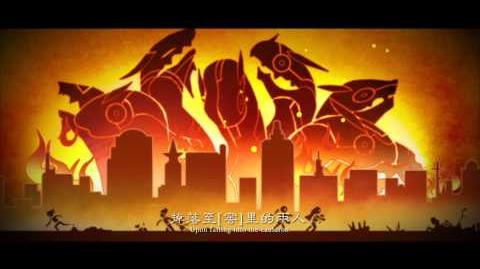 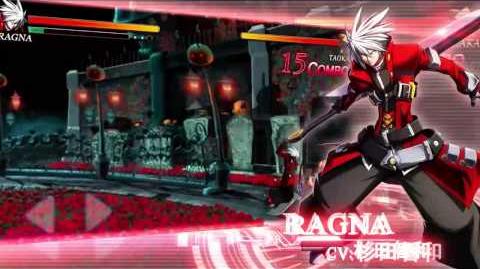 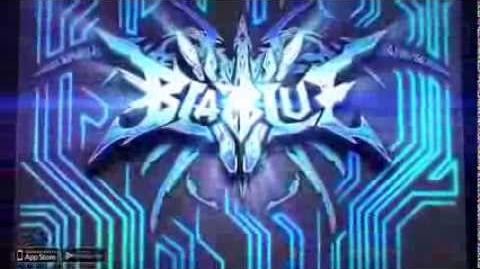