All previous DLC characters, BGMs and stages are present. The story contents, which were exclusives for PSVita, returned.

Challenge mode has been changed in order to add Celica and Lambda’s own challenges. Missions that consist of Special Attacks, Distortion Drives and Astral Heat are moved to the Tutorial mode. Every character has 20 missions in Challenge mode.

Items in Abyss mode has a “cost” parameter, which describes how many items a character can carry on them. Maximal “cost” value is 3, it can’t be exceeded. Items have different “cost” value.

There are additional story scenarios named The Rat, Determination, and Collision; focusing on Bullet, Kagura Mutsuki, and Kokonoe, respectively. A new story mode has been added that focuses around the events of BlazBlue: Remix Heart, named Remix Heart Branch. It is placed separately from other stories. There are eight additional gag scenarios, for Relius Clover, Amane Nishiki, Bullet, Azrael, Yūki Terumi, Kokonoe, Celica Ayatsuki Mercury, and Lambda-11.

The formerly Japan-exclusive glossary mode of the original game is included in the NA version.

Network mode contains of 13 worlds. Two worlds are intended for PS4 version of the game. Every world has 10 lobbies, with maximum of 64 players in a lobby. Player Match has a new function named “My Room”. Player can design it using in-game currency, and invite friends to battle them.

To differentiate from the original BlazBlue: Chronophantasma like with the previous BlazBlue: Continuum Shift Extend game, the HUD’s countdown timer for CP Extend is now in a magenta-color as opposed to a blueish one.

Steam version comes with a special “CP” mode, which allows the player to play with the original BlazBlue: Chronophantasma balance in the Training and Versus modes, and in the Player Match of Network Mode. Celica and Lambda are not usable in “CP” mode. 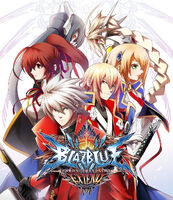 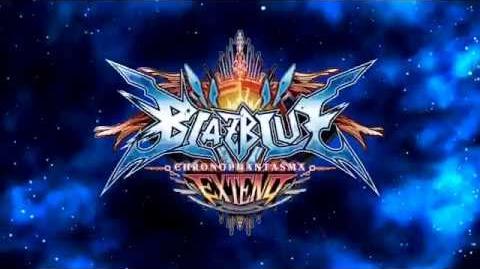 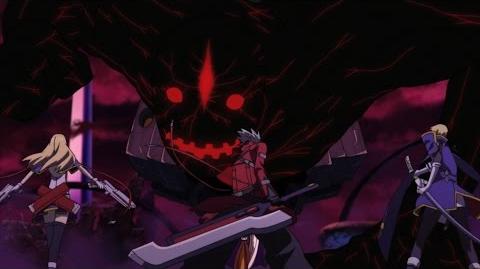 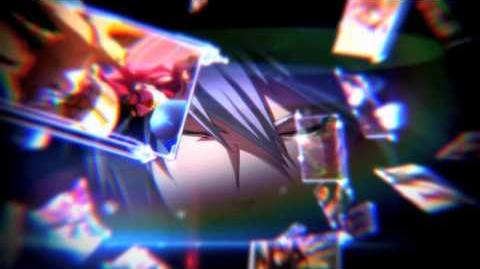 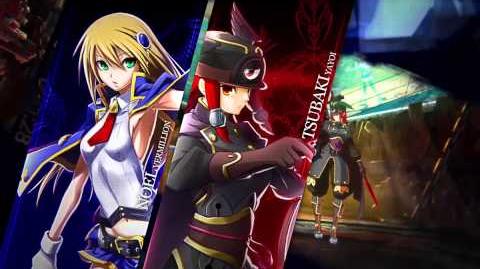