In 2100-2110, humanity was on the verge of extinction from a creature called the Black Beast. The world was saved by the six warriors. They conveyed the old power of sorcery to mankind fusing it with science, creating the Magic Formulas. Human beings armed with the new power started fighting against the Black Beast together with the six warriors, eventually overthrowing the Beast at the end of the fierce battle. Later, this fight was called as the Great Dark War or, alternatively, the Great Dark War, with the six warriors being named as the Six Heroes.

During the war, the agency now known as the World Void Information Control Organization was established, which manages the grimoires that were mass-produced in order to use the Magic Formulas. Under the governance of the Control Organization, the world has made a rapid progress in all fields using the newly acquired power. This new world has changed a lot from what it was before the Great Dark War.

Many decades have passed since the start of the Control Organization’s dictatorship, and a great deal of dissent was caused by them, partly due to the Magic Formula use in nearly every facet of society, and the widening socioeconomic gap between those who could and could not use it. This dissent would eventually form years later into the Ikaruga Civil War, when the Ikaruga Federation openly rebelled against the Control Organization.

The civil war ended with destruction of the federation, and as a result, the Control Organization imposed a harsher rule on the world, punishing any rebellion against them with death.

At the end of December AD 2199, a person who rebelled against the Control Organization appeared in the 13th Hierarchical City of Kagutsuchi. It was Ragna the Bloodedge, the SS-class rebel with the largest bounty in the history. He was said to have power comparable to that of a country’s army. He destroyed several branches of the Control Organization, all alone. Aiming for the large prize for capturing the rebel, dead or alive, and getting the unspecified power possessed by him, various vigilantes gathered in Kagutsuchi.

However, Ragna’s real task was to destroy Kilns in every Hierarchical City, which exist deep underground of the Control Organization branches, and to prevent smelting of an artificial human, Nu-13.

BlazBlue is a traditional 2D fighter where two characters participate in a duel. A round is called a “rebel” and one match can consist of one to five “rebels”. To win a round, one player must either incapacitate the other by inflicting damage through various attacks to reduce their opponent’s health to zero or by having more remaining health than their opponent after the clock runs out.

Every character has a weak, medium and strong attack. Also every character has a “unique” technique, called a Drive attack, which is different for each character. Those attacks are also known as “A”, “B”, “C” and “D”. Various combos can be performed by every character through careful input of regular and Drive attacks. A combo consists of two or more consecutive attacks that hit an opponent without them retaliating. As combos become longer, each attack will do less damage than normal to give the opponent a chance to retaliate. Grabs can be incorporated into combos also by pressing the “B” and “C” buttons at the same time. Occasionally, some attacks (e.g. Jin’s Hirensō) will use portions of the player’s Heat Gauge at the bottom of the screen. The Heat Gauge is filled by either dealing or receiving damage. When a character has 50% or more Heat, special moves called Distortion Drives can be performed. When a Distortion Drive is successfully performed and connects with the opponent, it deals massive damage and is visually flashier than normal attacks.

Along with attacks every character has two types of block. One is the regular block that can be broken with a Guard Crush. That can be achieved by pushing the Guard Libra Gauge all the way to the opponent’s side through repeated attacks. If the opponent keeps blocking, then their guard can be broken, leaving them open for attack. The second type of block is a Barrier Block, which is initiated by blocking while holding the “A” and “B” buttons at the same time. A Barrier Block cannot be broken like a normal guard, but there is a limit on how long one can be held, which is indicated by the Barrier Gauge. If the Barrier Gauge empties, then the player will receive 150% damage until it regenerates to half-full.

A form of an advanced tactic is a Rapid Cancel. These can be done after any attack to instantly cancel the character sprite’s animation frames and reset back to the resting position. However this can only be done at the cost of 50% of the Heat Gauge. Counters are the one of the easier tactics to perform. All that is required is for a player to strike their opponent while they are in the middle of an attacking animation to stop them in their tracks. This leaves an opponent open for a combo. In addition to a player’s regular block options, they can also Instant Block, blocking as soon as an opponent’s attack lands, but reduces the amount of time the character is stuck in their blocking animation and gives you a little heat. If a player is under pressure from the opponent, a Barrier Burst can be done at any time to send the opponent away to create some space at the cost of having no barrier block and receiving 150% damage for the rest of the round. A Barrier Burst may also be used offensively to break the opponents guard (your character will still suffer the extra damage and be unable to Barrier Block for the remainder of the round). A Barrier Burst can only be performed once per round.

The PlayStation 3 and Xbox 360 versions includes all content from the arcade version, along with content exclusive to the console versions, including:

The console versions received positive reviews, with aggregate scores of 88% on Game Rankings and 88% on Metacritic. Praise was given for the depth of gameplay in spite of a comparatively small roster as well as an excellent online component. BlazBlue’s plot has also been surprisingly well-received, many reviews noting it as well-conceived and exceptional amidst the often lackluster and convoluted stories that the fighting game genre has. Both console versions of the game debuted in the top ten of Japanese sales charts during their week of release. The PlayStation 3 version entered at number five with 34,000 units sold and the Xbox 360 entered at number 6 with 25,000 units sold. In 2009, BlazBlue was nominated for a Spike Fighting Game of the Year award but lost to Street Fighter IV. 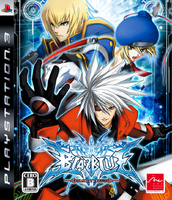 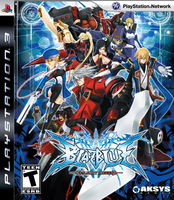 PlayStation Portable European Cover
Add a photo to this gallery

Add a photo to this gallery 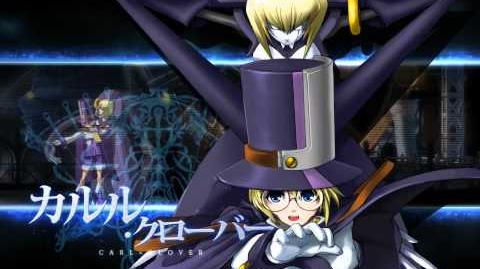 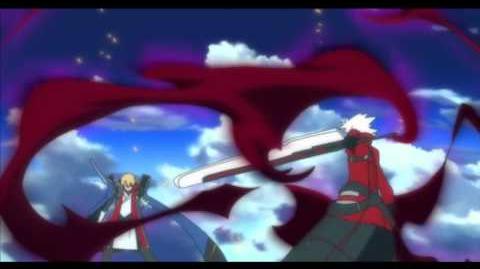 Retrieved from "https://blazblue.fandom.com/wiki/BlazBlue:_Calamity_Trigger?oldid=118819"
Community content is available under CC-BY-SA unless otherwise noted.